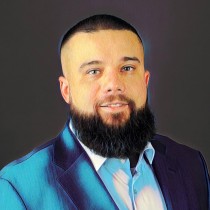 Mission-driven and Russian-speaking intelligence analyst with type A personality. Dmitry has twenty years of experience and expertise in cybercrime activity that includes being a former member of an elite Russian-based hacking organization.

Articles By This Author

‘I scrounged through the trash heaps… now I’m a millionaire:’ An interview with REvil’s Unknown

An REvil representative that uses the alias “Unknown” talked to Recorded Future expert threat intelligence analyst Dmitry Smilyanets recently about using ransomware as a weapon, staying out of politics, experimenting with new tactics, and much more. The interview was conducted in Russian and translated to English with the help of a professional translator, and has been edited for clarity…

A Conversation With Alisa Esage, a Russian Hacker Who Had Her Company Sanctioned After the 2016 Election

An Interview With Ares, a Russian Coder Who Built a Swiss Army Knife for Hackers

In 2012, a Russian hacker who went by the moniker Ares received a routine email asking about Intercepter-NG, a popular tool he developed that can be used for traffic interception. The user was having difficulty—the tool would crash when he tried using it to parse large amounts of data—and Ares was quick to reply. “Man, you patch quick!” the user wrote in response. According to Ares, the messages came from [email protected], the email address used by NSA contractor Edward Snowden. About a year after their first conversation, Snowden would be living as a fugitive, wanted by the U.S. government for revealing thousands of classified documents to journalists….

What It’s Like to Run a Hacking Forum: A Conversation With RaidForums Owner Omnipotent

For the last five years, RaidForums has made a name for itself for being a constant source of high-profile database leaks. RaidForums was started in 2015 by a user named Omnipotent, who still operates the site. Omnipotent talked with Recorded Future expert threat intelligence analyst Dmitry Smilyanets about why he started RaidForums and what it’s like to operate it….

‘I Was Running Two Parallel Lives’: An Ex-Secret Service Agent Opens Up About Going Undercover To Catch Cybercriminals

Until recently, Richard LaTulip was one of the Secret Service’s special agents who went undercover to better understand cybercriminals. On occasion, he would even befriend hackers. “I opened the door and there on the other side was the target standing with a liter of vodka… a gift from their home country,” he recalled. LaTulip, who left the agency in July to join the private sector, opened up about his experiences at the Secret Service in a recent interview with Recorded Future expert threat intelligence analyst Dmitry Smilyanets. The two first met in 2012, when Smilyanets himself was interviewed by LaTulip in relation to his involvement in a major data breach investigation….

An Interview With Russian Hacker Pavel Sitnikov: ‘There Is No [Hacking] Scene Now, Only Commerce’

Hackers often go to great lengths to be discreet. That’s not the case with Pavel Sitnikov. The long-standing, Russian-speaking hacker until recently posted frequently on Twitter, where he listed his name, his alias (FlatL1ne), and his self-proclaimed connection with the infamous hacking group APT28, or Fancy Bear—his Twitter account is currently suspended…

In recent years, Ukraine has become an involuntary testing ground for some of the most dangerous cyberweapons in the world. Serhii Demediuk has perhaps played the most prominent role in defending Ukraine against digital intrusions, investigating cyberattacks and the groups behind them, and strengthening the country’s capabilities in cyberspace….

‘Be Careful Who You Bite’: An Interview With the Businessman at the Center of One of Russia’s Biggest Treason Scandals

In 2013, Pavel Vrublevsky’s life turned upside down. After ten years of running a successful payments firm called ChronoPay, the Russian internet entrepreneur was convicted of orchestrating a distributed denial-of-service attack against a competing payments system used by Russian airline Aeroflot. Vrublevsky talked extensively with Recorded Future expert threat intelligence analyst Dmitry Smilyanets about this event and others in a recent interview…

An Interview With RedBear: A Hacker Training the Next Generation of Cybercriminals

Editor’s Note: In the interest of exploring the untold stories of cybersecurity, The Record is publishing a recent interview between

Listen to the Off The Record (formerly Insikt Weekly) Podcast

‘They knew I was running late to meetings’: Former DHS chief on reports that SolarWinds hackers targeted his emails

Cybercriminals Appear to Back off From Coronavirus Scams

Chart of the Week: Healthcare Breaches

NYC Cyber Chief on Defending During a Pandemic: “This Isn’t a Marathon, It’s a Triathlon”